The Montreal/Ottawa chapter of the Vertical Flight Society hosted a presentation by Tom O’Leary, Chief Operating Officer at Beta Technologies, on November 26th, 2019 at the restaurant Les 3 Brasseurs in Laval. An audience of approximately 30 industry professionals and students were on hand to hear about Ava XC, their electric Vertical Take Off and Landing aircraft.

Tom told us the story about how Beta Technologies has started, and the journey to modify an existing airplane into what we know now of Ava XC. Martine Rothblatt, United Therapeutics Corporation funder, has provided the initial funding. She is a strong believer in the potential of eVTOL to serve one of the cause close to her heart: transporting vital human organs to save life. Martine’s daughter passed away from a pulmonary arterial hypertension disease. From Beta Technologies, this was the best funding platforms since Martine had very clear requirements of range, number of passengers and payload and she allowed a lot of freedom in the development. 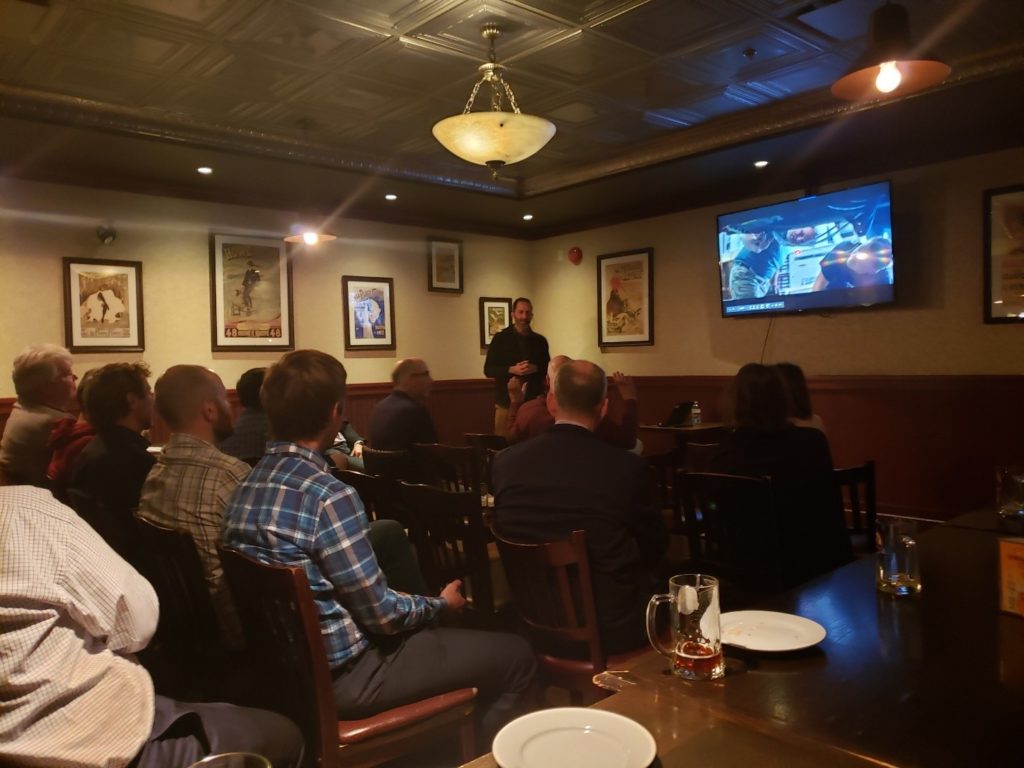 Tom highlighted the characteristics of their team members, including some of the highest IQ of the industry, all having a strong link in common: passion for innovation. In some cases where technical expertise of some specific areas was missing, industry experts would jump in after being contaminated by their noble mission explanation. The team had a strong commitment to meet deadlines they imposed themselves and they multiplied miracles to get there.

From test benches and simulation labs, all efforts have been made to build a safe vehicle, certifiable by the FAA. Using the approach of a major change to type design, the FAA is reluctant in allowing this South Burlington company to fly their prototype, but eventually agree in the summer of 2018, less than a year after the project started. Since then, Ava has been flying more than 180 times. 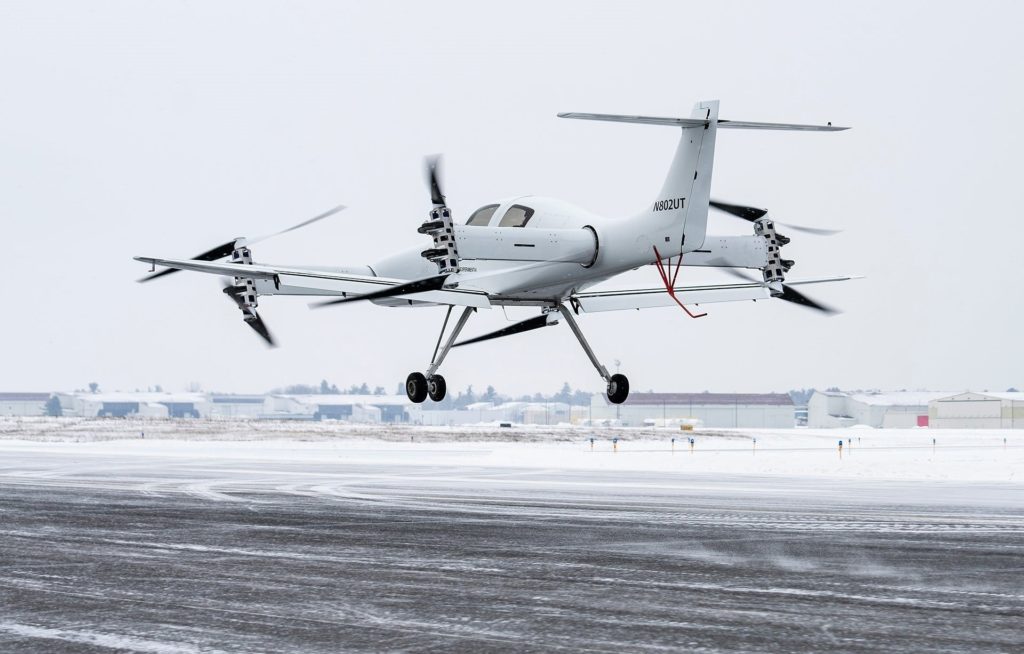 A little more about their 4000 lbs eVTOL aircraft named Ava… batteries have been designed internally by Beta Technologies, inspired by Tesla technology. Wings are coming from another LX7 airplane donated to them. A little from the original Lancair ES airplane cabin fuselage remains. It is a flight-by-wire flight control system for the distributed propulsion system – 4 pairs of counter-rotating rotors. The team is already working on another prototype, which they show a little about during the evening.

I’m sure many people in the room would have want to join Beta Technology, being able to rapidly put their innovative design ideas in the air. Not many bigger companies could have done it so quickly. After the presentation, the participants were able to ask questions directly to Tom and one of their team member Manon Belzile, a mechanical engineer who studied at Polytechnique in Montreal. The Montreal/Ottawa Vertical Flight Society Chapter thank Tom O’Leary and Manon Belzile and all the attendees for an enjoyable evening! 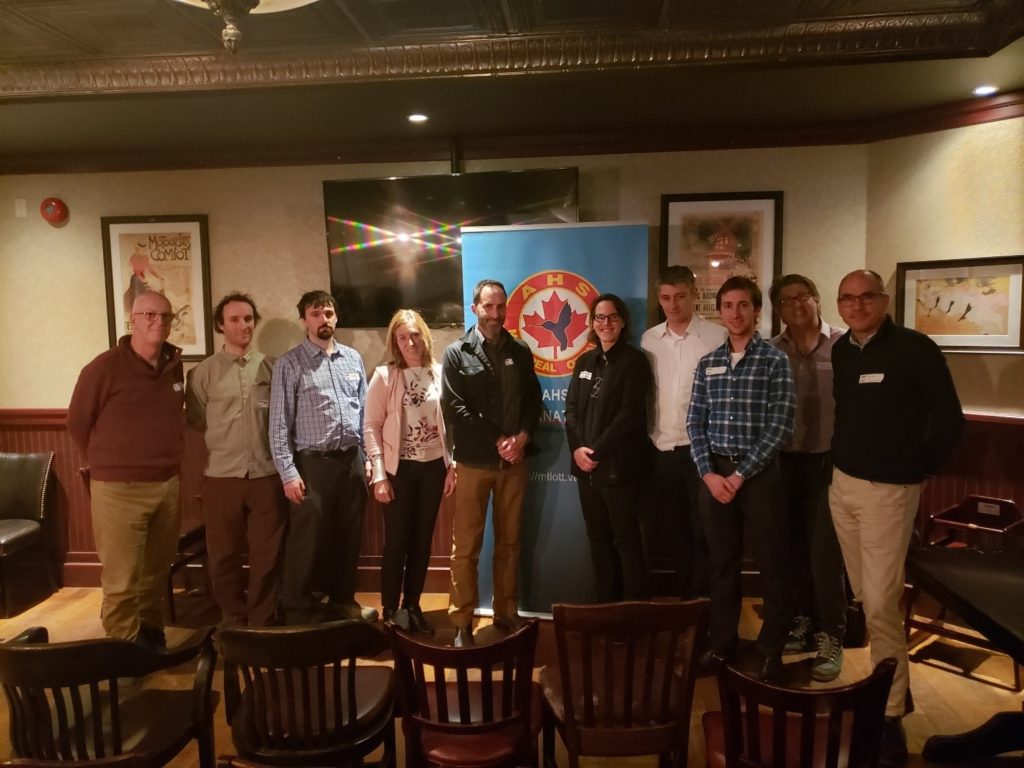