The École Nationale Aéronautique (ÉNA) hosted a few dozen aerospace students and professionals on June 20th 2019 for an evening event organized by the Vertical Flight Society including a talk by Michael Jensen as well as a tour of the ÉNA facilities. 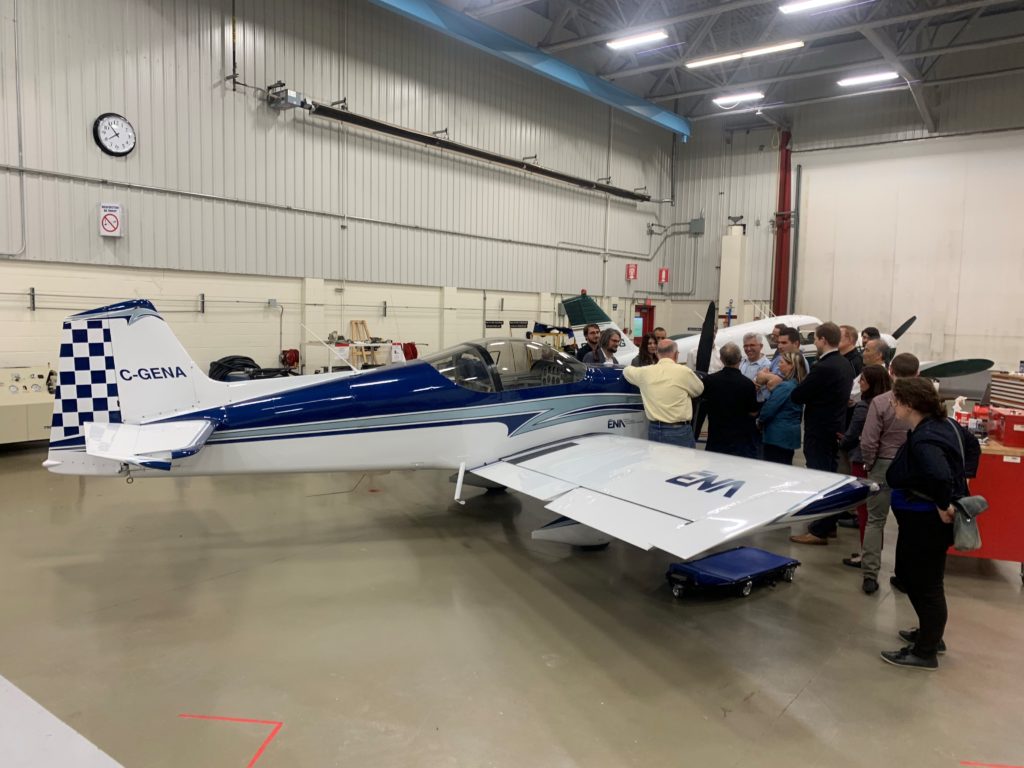 Michael, who holds a degree in Physics from the Bishop’s University and a Masters of Engineering from University of Sherbrooke, is currently working on a project to build and fly a “surfable” glider aircraft. He takes inspiration from his background in circus arts and unicycle riding for his aerospace venture. He’s been hooked on flight since building a small glider that actually allowed him to get airborne on his family’s farm with a running takeoff. He is inspired to create a thrilling experience by flying low over, say, a body of water, on an aircraft that is controlled through weight shifting while standing on top of the fuselage. 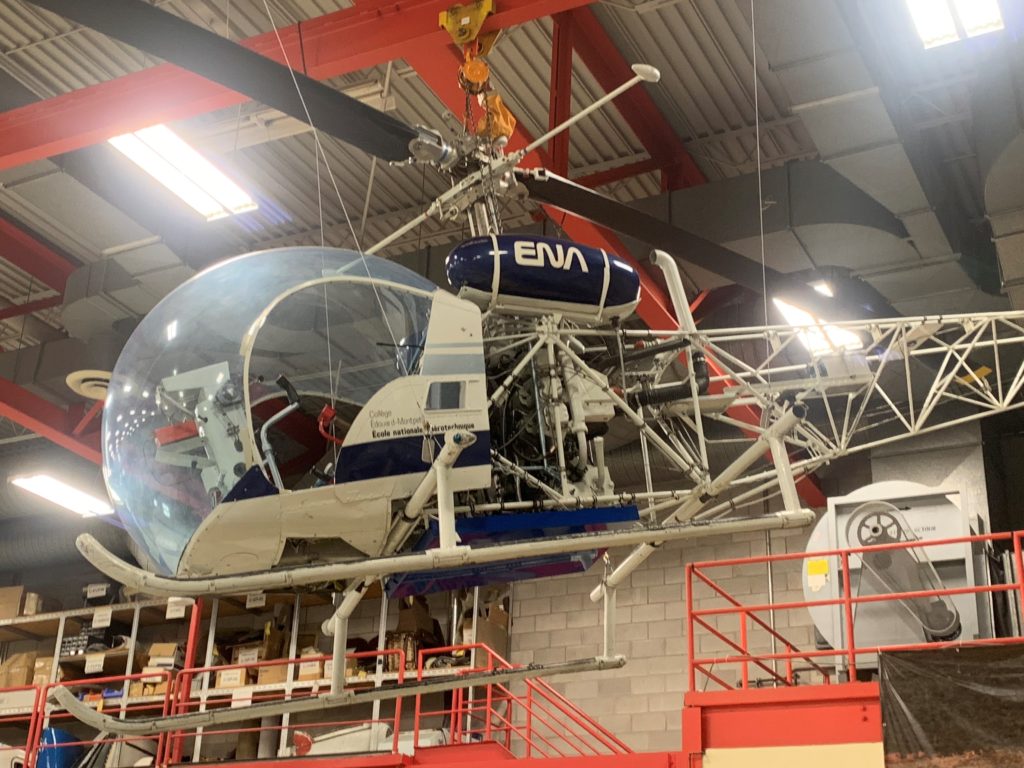 Yves from ÉNA then guided the group of enthused attendees on a tour of the facility’s impressive fleet of educational aircraft, including a handbuilt and flyable RV6  aircraft, an airworthy H135, and many aircraft and engines for student learning on the ground including a Bell 47, several Bell 206’s, a Hughes 369, a BO-105, a Schweizer 300, a Robinson R44, Eurocopter AS350, and a Pratt&Whitney PT6 twin-pack along with all the tools necessary to assemble and disassemble it. Before finishing the tour, the group stepped outside to take a look at a flight-tested Bombardier CS 100. The impressive resources and facilities at ÉNA are clearly adequate for its staff’s vision to produce Québec and Canada’s next generation of aerospace technicians and engineers.